Most of what follows is a continuation of my earlier piece, “Anatomy of a Photo Shoot.” I’d encourage you to take a look at it if you haven’t done so already.

This might not make much sense, but I’m a little embarrassed by the personal record-breaking success of my last post, “Laugh Loud.” Heartfelt thanks to those of you who read it, enjoyed it, and shared with me your thoughts and feedback.

The post elicited many comments, like this one from Terry: “Now, more than ever, we could all use a good, hearty laugh. Thank you for the humor, and like your chaplain mentioned…do it loud and without inhibition. Good for the soul. Thanks, Dave!”

With that thought in mind, here are a few more photos that at the very least should bring a smile.

This is a young Mallard, and martial arts trainee, executing her first kick. Hi-yah!! 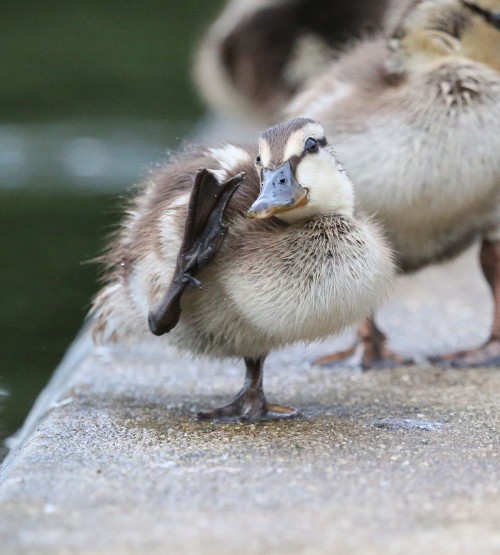 Here she is again, taking a phone call during a break. Hello? 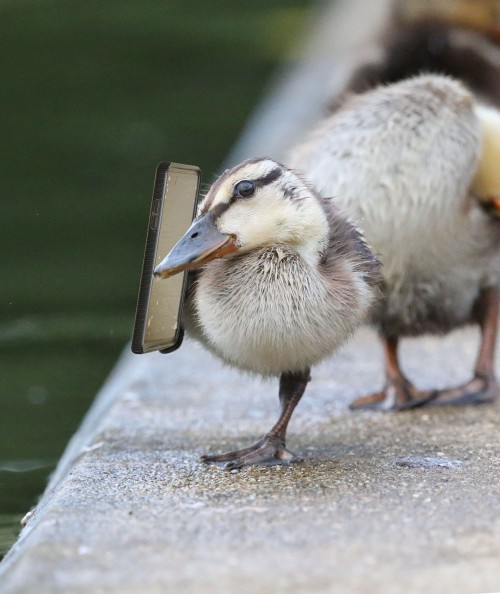 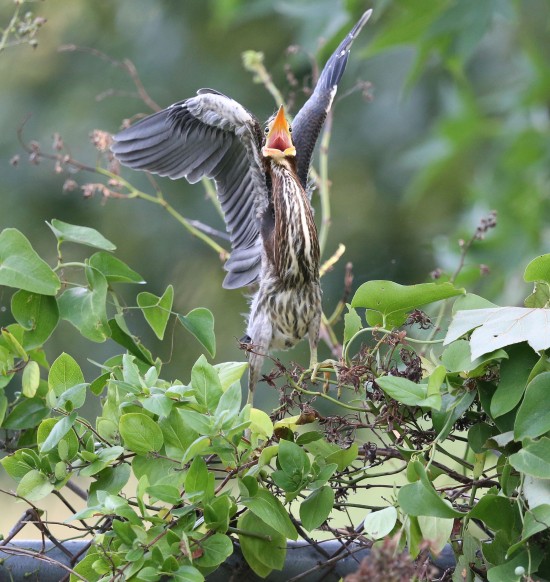 Okay, enough of that. Let’s return to the 7/7/20 photo shoot. You’ll recall that it began in earnest after I came upon a female Mallard and her brood. Only the female leads her ducklings, (and only the female gives the familiar “quack”).

When I visited the park that morning, I was carrying my Canon EOS-1D X DSLR with a Canon EF 500mm f/4 II and Canon Extender EF 1.4X III attached. It’s a pretty decent setup that gets me close to wildlife without provoking it.

But, the gear is big and heavy, and I may eventually switch to full-frame mirrorless instead. Having said that, I think there’s something to be said for bulk and heft and their ability to moderate camera shake. Camera shake—the bane of the handheld photographer’s existence.

Now, many use tripods to eliminate that shake, and I sometimes use mine. But I love and need mobility in the field and rely on good technique (or good natural supports) instead. I said as much to my reader, Ann, who asked me if I use a tripod.

I have a good tripod, ball head, and Wimberley Sidekick (in effect, a gimbal head), but I rarely use them. I love being as mobile as possible in the field, so almost always shoot handheld. What I do to compensate is really work hard on my technique and on getting things right in-camera. Keep in mind that I mainly shoot moving wildlife and people. If I were shooting portraits, landscapes, architecture, products, long exposures, etc., I would definitely use a tripod. Hope that helps.

What I said there about getting things right in-camera, reminds me of something blog follower and photographer, Coreen Kuhn, noted in her blog: “Get to know your camera and gear. When taking a photograph, do it right the first time. Forget about ‘I’ll fix it in Photoshop.’”

She went on to encourage readers to push their boundaries, try new approaches, and practice, practice, practice. The photo below is the kind of image-making that I think she had in mind. This is a Song Sparrow perched on an old retaining wall that still lines an area along the Elizabeth River in Chesapeake. I captured the bird through a much newer—and much higher—chain-link fence.

Back to the Shoot

So, after I’d spotted the Mallard family and after it’d settled on that structure in the water, I headed slowly (and very coolly) toward the nearby observation deck. Yes, I hunkered down and hid so I wouldn’t disturb the birds, but I also took that position so I could capture the birds at eye level. The more I shoot, the more averse I am to the downward-angle approach. When you shoot at eye level you elevate and dignify the subject and create results that engage the viewer.

As I sat on the deck, and knowing that I wouldn’t be shooting fast action, I tweaked the Manual with Auto ISO settings. The aperture was already locked at f/5.6. Since I was using a focal length of  700mm—and with the reciprocal rule in mind—I lowered the shutter speed to a fast-enough 1/1000. Lowering the shutter speed would also allow more light to reach the sensor. And that would, in turn, dial down ISO and noise.

Many thanks to Carol for the Karate kick idea. When she broached it, I must have laughed for 10 minutes.

Congratulations to the folks in Maryland who recently discovered a rarity for that part of the world: an Anhinga. And thanks to Les and Tim who confirmed it was a casual, not a vagrant.

“Social distancing is about the wingspan of a Golden Eagle!” Brian Taber, Coastal Virginia Wildlife Observatory

“But I want to see my kids. I want to hear them.” New York City teacher Rachel Mankowitz

Below are the first 2 stanzas of American singer-songwriter Julie Gold’s anthem, “From a Distance.” Lyrics like these are good for the soul, too.

8 thoughts on “Anatomy of a Photo Shoot, Part Two”